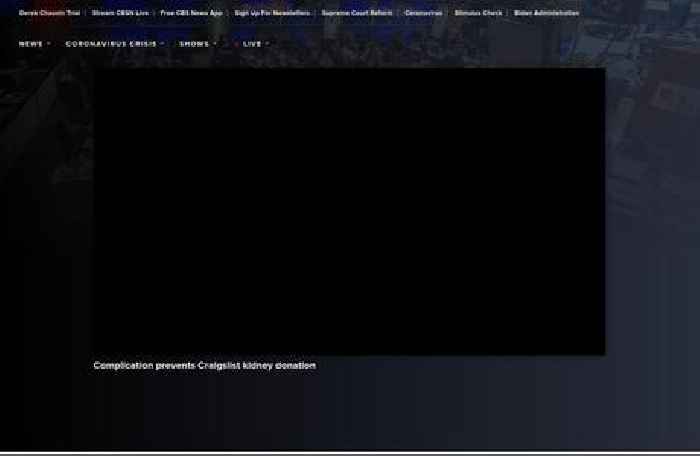 After being connected on Craigslist and months of testing, 49-year-old Glenn Calderbank was ready to give his kidney to 33-year-old Nina Saria. The surgery began Tuesday in Philadelphia, but doctors did not finish. A Penn Medicine spokesperson told CBS News: “Due to unforeseen medical issues, the kidney transplant did not occur as planned... Both patients are in good condition.” The Saria family is resuming the search for a donor. Gayle King reports.