With ‘Jupiter’s Legacy,’ Netflix Finally Has Superheroes of Its Own 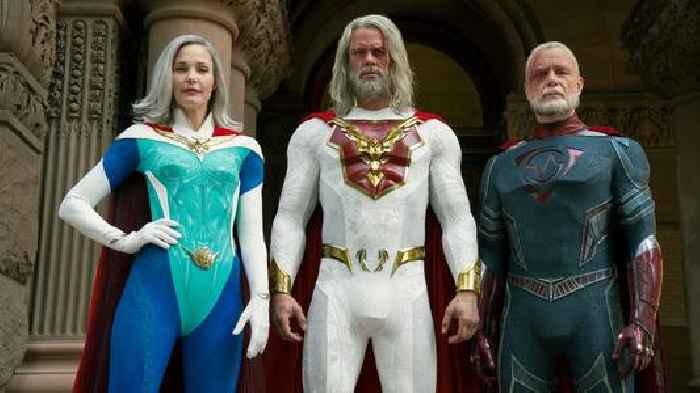 With ‘Jupiter’s Legacy,’ Netflix Finally Has Superheroes of Its Own

Three and a half years after buying Millarworld, the publishing company from prolific comic book writer Mark Millar, Netflix is about to see a return on its investment.

On Friday, “Jupiter’s Legacy” debuts as the first project to come out since the 2017 acquisition. The series is a sprawling superhero epic that features multiple time periods that spans some 90 years. Led by Josh Duhamel, Leslie Bibb, Matt Lanter and Ben Daniels, “Jupiter’s Legacy” centers on a group of aging superheroes and their kids who struggle to live up to their ideals.

When it premieres, it hopes to give Netflix something the streaming leader has long desired: A superhero franchise that it owns outright.

Franchise material is the latest cudgel that streaming services are using to carve out their space in the intensifying competition for people’s wallets. Netflix bought Millarworld in 2017, the company from prolific comic book writer Mark Millar, who after his days with both DC and Marvel went on his own and created the likes of “Kick-Ass,” “Wanted” and “Kingsman,” all of which have been adapted into feature films.

Millar told TheWrap that “Jupiter’s Legacy” was from the start going to be their first project for Netflix. “We never ever considered anything else,” he said. “Everybody agreed ‘Jupiter’s Legacy’ seemed the perfect one to do. It’s big; it’s superheroes; it feels natural, and it feels kind of timely and also different from the other superhero stuff. So it was kind of a no brainer.”

Netflix has had its eyes on comic book fare ever since it signed an expansive deal with Marvel Television to create its own shared universe inside the MCU. That deal initially proved fruitful with well-received series like “Daredevil” and “Jessica Jones,” but the plug was pulled in 2019 as Disney was readying the launch of its own streaming service. Netflix signed an overall deal with Dark Horse, which produces its popular series “The Umbrella Academy” a few months after its relationship with Marvel ended.

Since then, Disney+ has solidified itself as the top contender to Netflix largely due to franchise shows like “The Mandalorian” from the “Star Wars” universe and its Marvel Studios series “WandaVision” and “The Falcon and the Winter Soldier.” (Its third, “Loki,” premieres next month). HBO Max has an upcoming “Green Lantern” series from uber-producer Greg Berlanti as well as “Peacemaker” and “Gotham PD” that are set in the same worlds as DC films “The Suicide Squad” and “The Batman.”

Even Paramount+ has “Spongebob” and “Star Trek.”

Franchise tentpoles are becoming more of a priority for Netflix. Last year, Netflix expanded Kelly Luegenbiehl’s role, which was previously in charge of Europe, the Middle East and Africa, to oversee global franchise development. To this date, Netflix has had success in the rom-com genre with multiple “To All the Boys” and “Kissing Booth” films and is developing a sequel to its critically-maligned but highly-watched Will Smith film “Bright.” On the TV side, Netflix is developing a prequel to the Henry Cavill-led fantasy series “The Witcher.”

Netflix is banking on Millarworld being the kind of multiple hit-maker as those two venerable comic book studios. Along with “Jupiter’s Legacy,” Millarworld has at least seven more projects in development. Those include “American Jesus,” a series about a 12-year-old boy who discovers he’s reincarnated as Jesus Christ; and movies “Empress,” about a galactic royal family, and “Sharkey the Bounty Hunter,” a bounty hunter who hunts down criminals in a rocket-powered ice cream truck.

“We thought this is where we can build all these franchises in a relatively short space of time. Netflix has the money and the reach and all these things that other people maybe don’t have,” Millar told TheWrap. “Netflix has just got an infinite amount of material they want to make, which is amazing. Even moreso than other studios because other studios, I think, tend to buy lots of stuff, and they make, I think on average, 5% of it, which is incredible compared to what they option. But Netflix pretty much makes everything they buy, because they don’t buy something without intending to make it.”

“Jupiter’s Legacy” is based on a six-volume comic book series, along with multiple spinoff properties. Prior to the Netflix acquisition, they were looking to develop it as a movie like his other comics. Millar recalled a conversation he had with James Gunn who could told him there was no way to tell such an expansive story with that kind of constraint.

“He said it’s not even a trilogy, this is a 40-hour television show,” Millar said. “We needed that space. I’m really glad we took that route. Because, you know, the journey to the islands, which is such a big part of season one, when we were talking about it as a movie, that was going to be a precredit sequence.”