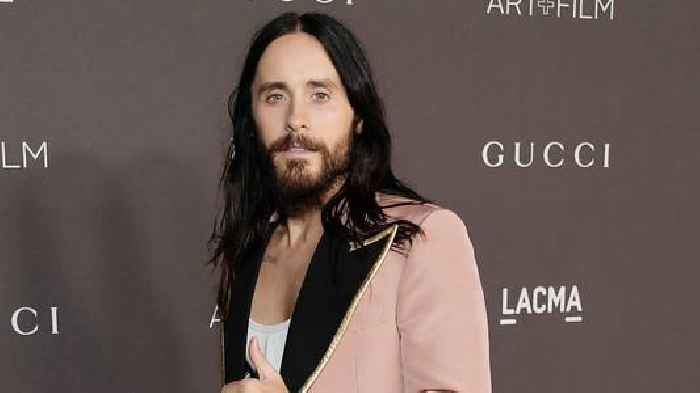 New posters for the upcoming film “House of Gucci” were released Thursday and showed off its all-star cast, including Jared Leto, whose transformation into fashion scion Paolo Gucci had Twitter abuzz.

The actor/rock star, known for his chiseled features and long, flowing hair, was nearly unrecognizable as the puffy and balding Gucci.

Jared Leto in the role he was born to play…NYPD Detective Andy Sipowicz pic.twitter.com/6RaeWcRLiJ

Others user pointed out that this isn’t as wild a departure for the actor as some may think, as he’s morphed into diverse and varied individuals for past roles.

Jared Leto’s agent: “Jared, we have a potential new project for you. You’d be wearing prosthetics and makeup. Let me tell you what they movie is abou-“

Jared Leto: “You son of bitch, I’m in” pic.twitter.com/zX4GAxbsgN

And others took the opportunity to elicit a chuckle or two from their observations.

Have you or a loved one been injured in an accident? pic.twitter.com/fuCPcwSbXw

“House of Gucci” will reportedly chronicle the events and aftermath of the 1995 murder of Maurizio Gucci, Italian businessman and head of the fashion house Gucci, by his ex-wife Patrizia Reggiani.

According to CEO Marco Bizzarri, Gucci cooperated with the production and allowed them complete access to their archives for wardrobe and props.

However, Patricia Gucci, Maurizio Gucci’s second cousin, told The Associated Press that the family were “truly disappointed” by the film.

“I speak on behalf of the family,’’ Gucci said. “They are stealing the identity of a family to make a profit, to increase the income of the Hollywood system….Our family has an identity, privacy. We can talk about everything. but there is a borderline that cannot be crossed.”

She stated that her family will decide what actions to take after viewing the film. Their concerns reportedly revolve around the casting of top actors to play family members whose stories have little to do with Maurizio Gucci’s murder, the lack of contact with Ridley Scott’s production company, as well as erroneous details they see in the book on which the film is adapted from.

The film is set to be released in the United States on November 24, 2021, and following its theatrical release, on Paramount+. Check out the rest of the posters below: