Rudy Giuliani: If I Go to Jail, Those Who Put Me There ‘Will Suffer the Consequence in Heaven’ (Video) 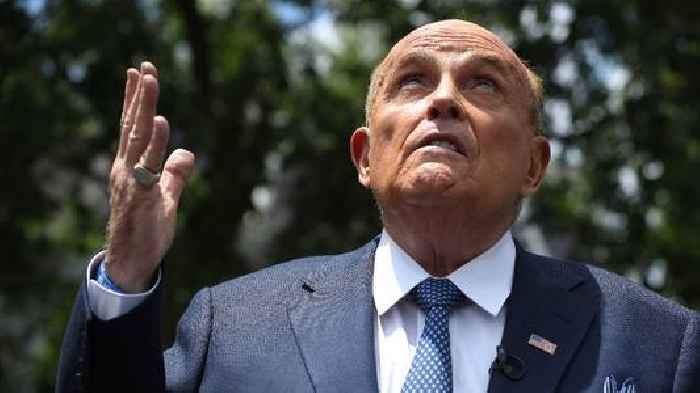 Rudy Giuliani: If I Go to Jail, Those Who Put Me There ‘Will Suffer the Consequence in Heaven’ (Video)

Rudy Giuliani tells NBC New York that he is “more than willing to go to jail,” but if he does, those who put him there will “suffer the consequences in heaven.”

Donald Trump’s former attorney has been the subject of a lengthy federal investigation into his dealings as an “unregistered lobbyist for Ukrainian” before the 2020 presidential election, an investigation which he calls unlawful and politically motivated. In a new interview with NBC News 4’s Melissa Russo, Giuliani maintains his innocence, saying if you think he committed a crime, “you’re probably really stupid.”

“I committed no crime, and if you think I committed a crime, you’re probably really stupid, because you don’t know who I am,” Giuliani said. “Is the guy who put the mafia in jail, terrorists in jail, Ed Koch’s commissioners in jail, and the worst people on Wall Street — I’m not going to file (a form)? I mean, that’s just crazy.”

Federal investigators searched Giuliani’s office and Upper East Side apartment in April, seizing his electronic devices. In June, CNN released audio of a 2019 phone conversation in which he “relentlessly pressured and coaxed the Ukrainian government in 2019 to investigate baseless conspiracies about then-candidate Joe Biden.”

Although frustrated by the FBI probe, Giuliani said he’s “more than willing to go to jail if they want to put me in jail” even if he is not guilty. He added, “And if they do, they’re going to suffer the consequences in heaven.”

Why would he plead guilty if he wasn’t? “Because they lie, they cheat,” he replied.

The New York appellate court suspended his law license “until further notice” in June 24, stating that he made “demonstrably false and misleading” statements about the 2020 election as former President Donald Trump’s attorney, questioning the legitimacy of both the election as a whole as well as President Joe Biden’s win. In July, he was suspended from practicing law in Washington, D.C. by the District of Columbia’s highest court for the same reason. In addition, his YouTube account was suspended in March for once again pushing false claims of election fraud.