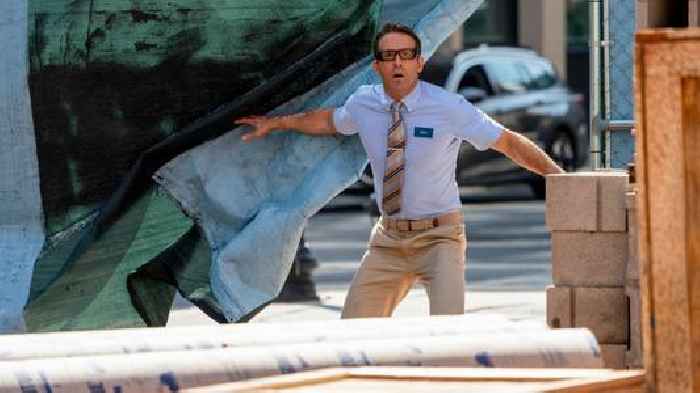 On a weekend with poorly received new releases and growing moviegoer concern over the Delta variant, 20th Century Studios’ “Free Guy” easily held the No. 1 spot at the box office, while Paramount’s “Paw Patrol: The Movie” was the only film to open in the Top 5.

At a time when theater owners have grumbled about how day-and-date release strategies have led to weaker theatrical runs for some summer blockbusters, “Free Guy” is now estimated to only fall 41% from its $28.3 million opening weekend for a $16.8 million second weekend total. The Ryan Reynolds action comedy, which is only in theaters, added $5.1 million on its second Friday and is on pace for a 10-day total of $56 million.

“Paw Patrol” is in second this weekend, releasing simultaneously in theaters and Paramount+ and grossing $4.45 million from 3,184 locations on Sunday. The film adaptation of the hit Nick Jr. TV series is now estimated for a $12.5 million opening, just above studio projections for an $8-10 million launch.

The rest of the Top 5 is filled by holdovers, starting with Disney’s “Jungle Cruise” in third with an estimated total of $6.1 million, bringing it to a total of $92 million over four weekends. While “Free Guy” has been used by theater owners as an example of the importance of theatrical exclusivity, Disney has pointed to “Jungle Cruise” as an example of how films released simultaneously on paid streaming don’t always see their box office tail off. The film is now approaching $100 million domestic, which would make it the fifth post-shutdown film to hit that milestone.

Completing the Top 5 are Sony/Screen Gems’ “Don’t Breathe 2” and MGM/UA’s “Respect,” with estimated totals of $4.6 million and $3.2 million, respectively. Both films are in their second weekend, with “Don’t Breathe 2” approaching a 10-day total of $19.2 million, while “Respect” reaches $15.2 million.
*Related stories from TheWrap:*

Did 'Free Guy' Get a Box Office Boost From Exclusive Release in Theaters?

As Warner Bros Films Like 'The Suicide Squad' Hit Box Office Ceiling, Is COVID or HBO Max to Blame?

After weeks of franchise films with hybrid theater-streaming releases arriving at the box office, this weekend sees not one but..

‘Free Guy’ Takes No. 1 at Box Office as ‘The Suicide Squad’ Plummets