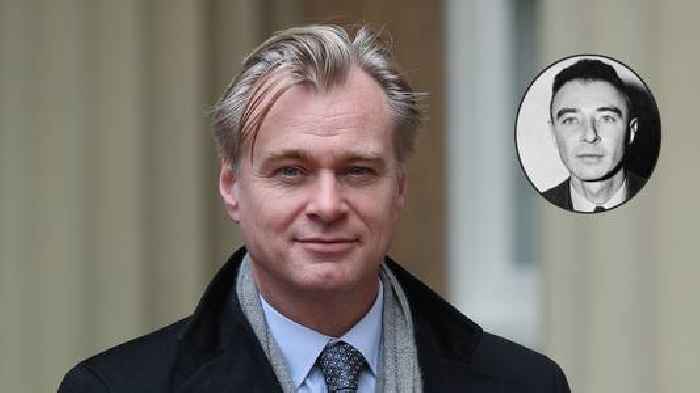 The next film from Christopher Nolan about the man behind the atomic bomb, J. Robert Oppenheimer, has landed at Universal, an individual with knowledge told TheWrap.

Universal has landed the rights to finance and distribute the film. Nolan was previously reported to be shopping his next film, which, with at least this film, brings to an end Nolan’s 18-year relationship with Warner Bros.

Production is now expected to begin in the first quarter of 2022. Christopher Nolan is producing the biopic alongside his wife and producing partner Emma Thomas for Syncopy Inc. This will be Nolan’s 12th feature film.

Oppenheimer was a theoretical physicist and a professor at the University of California, Berkeley. And during wartime he was the head of the Los Alamos Laboratory, at which he was given the title the “father of the atomic bomb” for his role in the “Manhattan Project” that for World War II first developed nuclear weapons. He also supervised the Trinity Test, which is where in New Mexico the first atomic bomb was successfully detonated.

Since “Insomnia” in 2002, Warner Bros. has produced or co-produced most of Nolan’s films, including the “Dark Knight” trilogy, Best Picture Oscar nominees “Inception” and “Dunkirk,” and most recently the sci-fi mind-bender “Tenet.” The latter film was released exclusively in theaters last year in the middle of the COVID-19 pandemic, months before a vaccine was approved, at the behest of Nolan who wanted to provide a film to support struggling movie theaters.

Though “Tenet” struggled at the U.S. box office, its global gross of $363 million still stands among the top five highest-grossing Hollywood films released since theaters first shut down worldwide in March 2020 and is currently just $9 million less than Marvel Studios’ “Black Widow,” which was released in theaters and as a Disney+ premium title this past July.

But when Warner Bros. announced last December that it would release all of its 2021 films in theaters and on HBO Max simultaneously, Nolan was one of the most outspoken critics of the plan. In an interview with NPR, he called the day-and-date shift “a sign of great danger” for working class crew members in Hollywood. “Tenet” though was released prior to Warner Bros. announcing their plan for the 2021 slate, and the studio has been consistent in recommitting to releasing films exclusively in theaters starting next year via shortened window deals with theater chains.

Nolan and his production company, Syncopy, have never signed a first-look production deal with Warner Bros. but have simply remained with the studio out of personal loyalty.

At the box office, Universal boasts the biggest Hollywood release at the theatrical global box office with “F9: The Fast Saga,” the latest in the “Fast & Furious” franchise. The film has grossed $714 million worldwide, much of that coming from international markets.

Christopher Nolan is in talks with multiple Hollywood studios about producing his 12th film, a biopic about one of the leading..