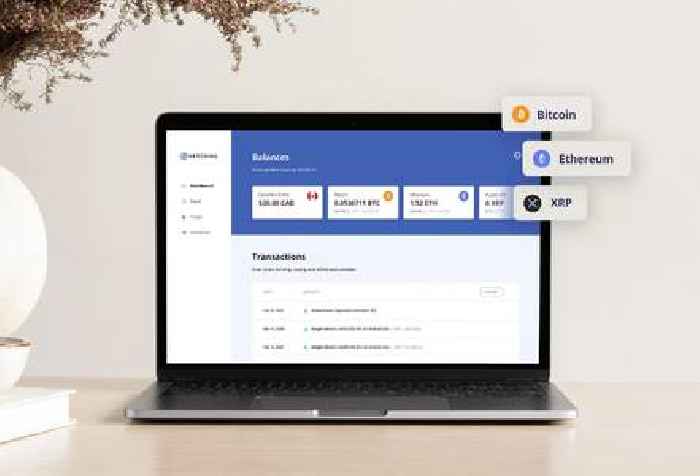 *VANCOUVER, BC / ACCESSWIRE / May 13, 2021 / *Netcoins.ca, a subsidiary of BIGG Digital Assets, reacted to a recent announcement by a Governor of the Bank of England that Bitcoin assets "have no intrinsic value." According to this CNBC article, Bank of England Governor Andrew Bailey stated that investors in the various digital currencies should only "Buy them only if you're prepared to lose all your money." Netcoins disagrees strongly with this statement, and believes the future of crypto is a safe, compliant and regulated environment. While any investment involves risk, and the bitcoin market may seem volatile at times, Netcoins.ca has programs in place to make the process transparent and less intimidating than other investments. One of these efforts involves educating users with their "How to Buy Bitcoin" initiative that uses plain language to explain the process, risks, and safeguards. Netcoins.ca is also a publicly traded company, trading under BIGG Digital Assets. Being public offers an extra layer of safety and transparency to their users. They also offer the Crypto Academy, an online learning course that offers users the answers to the most frequently asked questions about digital currency investing. Finally, Netcoins is government regulated as a registered MSB by FINTRAC, an entity of the Federal Government of Canada.

The CNBC article does offer the other side of the story, stating that: "Proponents of bitcoin see it as a store of value akin to gold because of its scarce supply - only 21 million bitcoins can ever be minted - arguing that the cryptocurrency can act as a hedge against inflation as central banks around the world print money to relieve coronavirus-battered economies."

Netcoins.ca President Mitchell Demeter responded to Mr. Bailey's comments, "Despite Andrew Bailey's continued warnings, the market is communicating a very different message. It's not unexpected for central bankers like Bailey to attempt to discredit Bitcoin and other digital assets, as they continue to print trillions of dollars and debase their national currencies. As inflation continues to grow, people are searching for options to retain their purchasing power. This has historically been gold, but people are learning about the benefits that Bitcoin presents as a digital alternative to gold.

As a matter of fact, it's not just retail investors pouring money into bitcoin. Corporations, like Tesla and MicroStrategy, are buying billions of dollars' worth of bitcoin. Local municipalities, like the City of Miami, are looking to invest some of the city's treasury into bitcoin and institutions like Deutsche Bank saying ‘Bitcoin's market cap of $1 trillion makes it too important to ignore.' Whether we like it or not, bitcoin is now entrenched within our financial systems. People around the world are learning about sound money and the consequences of irresponsible central bank monetary policy. Luckily they now have options with bitcoin. This isn't just about speculative assets and meme coins. The entire financial system is being rebuilt without central bankers or middlemen. We don't expect them to understand a future that doesn't involve them."

Founded in 2014, Netcoins started out by providing a Virtual Bitcoin ATM solution to over 170,000+ stores across 3 continents, and also operated a private brokerage service for institutional and larger scale crypto investors. As the crypto industry evolved, we've since pivoted to a cryptocurrency trading platform, which users can access online 24/7 through a web or mobile browser at Netcoins.app. Our leadership team has been strengthened by diverse experience - including that of our president, Mitchell Demeter, who founded the world's first Bitcoin ATM.

Now, we've also made significant investments in technology, offering a simple and streamlined onboarding process, tight security and 24/7 instant trades. We understand that what you do with your money matters. We also know that cryptocurrency can seem like a complicated process. That's where we come in. We build trust by taking the guesswork out of crypto and by delivering results.

We're excited to be part of your crypto journey. From education, to innovation, to our zealous customer service, we are here to be your trusted resource for all things crypto. We can't wait to bring you onboard!