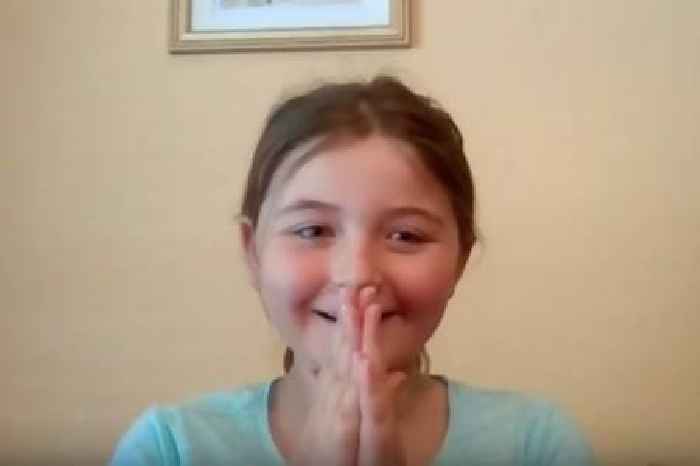 One little girl got the virtual-surprise of a lifetime on Sunday night’s edition of John Krasinski’s new YouTube series “Some Good News.”

Krasinski brought nine-year-old Aubrey onto the show to cheer her up after her dream of seeing “Hamilton” live in her home state of Florida, was dashed due to coronavirus-related cancellations.

On a scale of one to 10, Aubrey ranked her love of “Hamilton” at “a million.”

Of course, the actor turned web show host promised to fly Aubrey and her mother to see Hamilton live on Broadway in New York when it opens up again.

That was just one of many surprises for the nine-year-old, who mentioned she had watched “Mary Poppins Returns” just a few days before.

“Something tells me you might be a bigger fan of my wife’s than mine,” Krasinski said.

“About the same,” she said, before admitting, “I’ve never really seen ‘The Office’ or whatever. I’ve seen a bunch of memes on it.”

But instead of letting his feelings get hurt, the benevolent Krasinski brought out his wife and Mary Poppins portrayer herself, Emily Blunt, to say hello to her via video chat.

When Aubrey proceeded to sing the praises of “Hamilton” star Lin Manuel-Miranda, the couple joked that obviously Blunt is “the best part” of the movie and that Miranda is “more of a backup dancer.”

Watch the performance above and a little behind-the-scenes tweet on how it was all put together below:

Joe Scarborough Questions Why Trump Held 'Nothing' Coronavirus Press Conference: 'The Idiots Have Been Exposed'