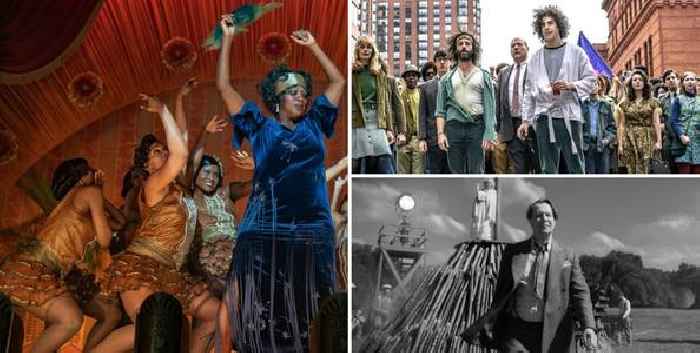 A version of this story about Netflix first appeared in the Down to the Wire issue of TheWrap’s awards magazine.

The streaming giant Netflix didn’t break a record for the most Oscar nominations any studio has received in a single year — that still belongs to United Artists, which landed 45 nominations in 1940, followed by Miramax with 40 in 2002 (if you count the film “The Hours,” which Miramax co-produced but Paramount distributed in the U.S.). But Netflix landed 35 nominations, the first time any company had hit 30 since Fox/Fox Searchlight did it in 2016 — and after the nominations were announced, the company picked up the live-action short “Two Distant Strangers,” lifting its total to 36 and a tie with MGM’s 1938 haul.

“We’re in really unique times, and I hope people see that what we’re trying to do is continuing to support storytellers,” Netflix’s head of original films, Scott Stuber, said. “And in a lot of ways, we’re finding a home for movies that I think sometimes have a challenge in the market.”

That latter category would include “The Trial of the Chicago 7,” which Paramount sold to Netflix last summer after realizing theaters wouldn’t be opening anytime soon. That film landed six nominations, and the company’s nominees also include David Fincher’s “Mank,” which led all films with 10 noms; “Ma Rainey’s Black Bottom,” which received five and is favored to win at least two or three; and an array of others that included “The Midnight Sky,” “Da 5 Bloods,” “Eurovision Song Contest,” “Pieces of a Woman” and the documentaries “Crip Camp” and “My Octopus Teacher.”

*Also Read:* While the Oscars Embrace Diversity, the Golden Globes Scramble for Relevance

This comes only a few years after discussions within the Academy about disqualifying streaming films, and suggests that there’s no longer a question about anti-Netflix bias, particularly in a year in which the theatrical experience took a huge hit. “I think people are recognizing that we’re here and we’re going to try to make great things and be part of this conversation we have as a community about the best of the year,” he said. “I hope people are seeing us as a place that’s trying to achieve that, and I hope they respect that.”

Scott Stuber, right, with Aaron Sorkin at a “Trial of the Chicago 7” drive-in screening / Getty Images

And while Stuber acknowledges that the pandemic-year rule changes made it easier to qualify films that weren’t released theatrically for Oscars, he said every one of Netflix’s 14 nominated features would have received a qualifying run in a normal year.

“Every film that we released when theaters were open, we put them in theaters,” he said. “Last year we widened the window and made it consistent, and that’s what we were doing this year as well.

“And to your point, my first year at the Oscars with ‘Roma’ (which won three awards and was nominated for Best Picture in 2019), I think the conversation was too much about the distribution and not the film. And that was disappointing. Last year, we widened out the window and made it consistent so that it was really about the quality of those films, and that’s what we were doing this year as well. We want that to be the conversation – the artist and what he or she achieved.”

While Stuber singled out a few of the Netflix nominees for praise – the way Fincher honored his late father’s script for “Mank,” the performances by Chadwick Boseman and Viola Davis in “Ma Rainey,” the way the dialogue in “Chicago 7” made every actor shine – he also bemoaned one aspect of this strange awards season.

“We all complain about the cocktail parties and the Q&As, but one of the brilliant things about the season is about the artists who don’t get to see each other much if they don’t work together,” he said. “And they usually get to see and recognize people, even if they don’t get to the final dance. You see them in Palm Springs or here at awards shows – and one artist in particularly who I’ve admired my whole life is Sophia Loren (who starred in Netflix’s “The Life Ahead” but was not nominated).

“I would’ve liked to have had some moments with her, and to have her feel the adulation of the generation below her, who admire and revere her. That would have been nice to see.”

While Netflix was particularly well suited for a year in which everyone was stuck at home, Stuber said that some of the business changes caused by the pandemic may well be permanent — starting with the exclusive window for a theatrical run before a title hits streaming. “We’ve seen it in the deals with the major studios,” he said. “There are so many smart people in exhibition who I’ve spoken to over the last couple of years, and I think they’re ready to make those appropriate adjustments.

“And I think having more flexibility in those windows will give so many new stories the ability to be told. The traditional windows had really refined the movie business to tentpoles, horror movies and animated films. Those were kind of the bulk of the release schedules. And I think giving flexibility in those windows will give all the studios the chance to make a lot of things that don’t necessarily fit those buckets, but are worthy and can find homes and have a theatrical space. I’m excited about it and I think it will help spur a lot of artistry.”

Read more from the Down to the Wire issue here.

Records for diversity, inclusivity and even futility could fall at Union Station

It was a year with a record number of..