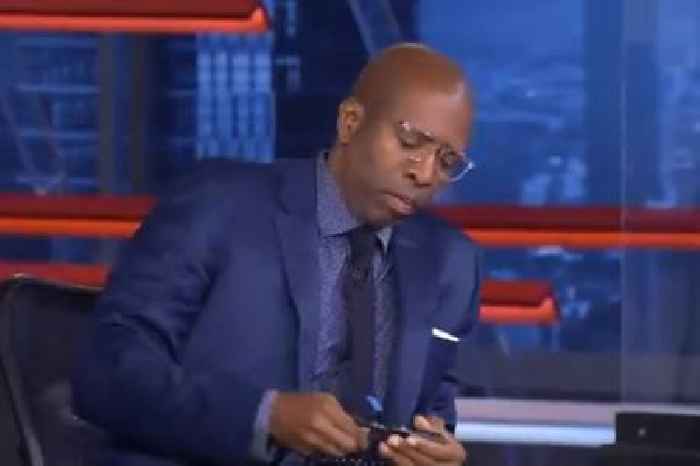 At the beginning of TNT’s “Inside the NBA” covering the boycott movement by NBA teams started by the Milwaukee Bucks, Kenny Smith walked off the set in a show of solidarity with the NBA players.

Smith had a ten-year career in the league.

“As a black man, as a former player, I think it’s best for me to support the players and just not be here tonight.” As you can see in the video below, Smith then unplugged his mic and got up and left, stunning his two fellow analysts, and former players, Shaquille O’Neal and Charles Barkley, and host Ernie Johnson, who replied “I respect that.”

Earlier Wednesday, the NBA called off its three playoff games in response to the decision by the Milwaukee Bucks to boycott their game in protest of the shooting of Jacob Blake, an unarmed Black man, by police over the weekend in Kenosha, Wisconsin. The Bucks were set to play the fifth game of its first round series against the Orlando Magic. The Magic were warming up on the court, but Bucks players never showed up.

“The NBA and the NBPA today announced that in light of the Milwaukee Bucks’ decision to not take the floor today for Game 5 against the Orlando Magic, today’s three games – MIL-ORL, HOU-OKC and LAL-POR have been postponed. Game 5 of each series will be rescheduled,” the league said in a statement.

The MLB’s Milwaukee Brewers and Cincinnati Reds also decided collectively not to play on Wednesday.

On Sunday, Blake was shot in the back by a police officer seven times, despite being unarmed, after breaking up a fight. As cellphone video showed, he was not behaving in a confrontational manner; despite this, police shot him while he was climbing into his car. The shooting has led to protests in Kenosha over another Black man being shot by police. Blake reportedly is paralyzed by the gunshot wounds, his family’s attorney told the Associated Press.

John Oliver applauded the NBA and WNBA players’ decision to strike last week in response to the shooting of Jacob Blake — an..

“First Take” co-host Max Kellerman had some harsh words for SEC football fans Thursday morning, labeling them as being “easy..