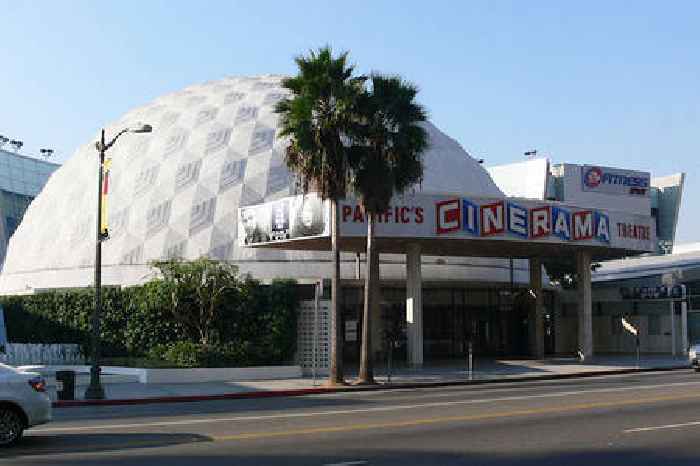 The demise of ArcLight Cinemas and its flagship Hollywood location has been met with mourning by dozens of filmmakers that had flocked to the Cinerama Dome for decades. But even before the pandemic that shuttered the premium theater chain permanently, there were already signs that the Arclight Hollywood’s reign as Los Angeles’ top theater was coming to an end.

Analysts and distribution execs tell TheWrap that over the past three years, Arclight Hollywood was seeing stiffer competition from nearby cinemas in the L.A. basin, most notably the AMC Century City theater located seven miles southwest.

And while the ArcLight Hollywood benefited for years with exclusive dibs on Oscar contenders along with one or two prime screens in New York City, many specialty film distributors are considering moving away from the four-screen, Los Angeles/New York platform release strategy now that the pandemic has hastened the shortening of the theatrical window.

“Pacific Theaters probably saw the writing on the wall and realized there was no way for them to quickly get back to the model they relied on with ArcLight,” Exhibitor Relations analyst Jeff Bock told TheWrap. “They threw in the towel rather than try to brave what was always going to be an unpredictable 2021 for even the biggest theater chains.”

Representatives for ArcLight did not immediately respond to requests for comment.

*Also Read:* Hollywood Desperate for 'Someone' to Save Arclight Theatre: 'Netflix You Know What to Do'

ArcLight’s position within the L.A. theatrical market has declined in recent years. According to data provided by top distribution executives, ArcLight Hollywood’s grosses fell from $18.1 million in ticket sales in 2017 — the year of Oscar hits likes “La La Land,” “Moonlight,” “Call Me by Your Name” and “The Shape of Water” — to just $15.3 million in 2019.

The site fell behind nearby AMC Century City, which became popular with West L.A. residents as well as with studios that saw the 15-screen multiplex as an alternative to the ArcLight for press screenings. Grosses at AMC Century City increased from $13.5 million in 2017 to $17.7 million in 2019.

Even with Oscar contenders supporting ArcLight, tentpoles like “Black Panther” and “Avengers: Endgame” had allowed AMC Century City, with its IMAX and Dolby premium screens, to gain traction among general audiences and make it a more popular local choice to see the biggest blockbusters.

The second big challenge for art-house theaters like the ArcLight Hollywood is the way even indie distributors are rethinking release strategies — especially the gradual rollout of titles that has been their mainstay for decades. For a surefire Oscar contender, opening in New York and L.A. before adding major markets like San Francisco, Chicago, Boston, Seattle, and Austin like was a way to build nationwide buzz without trying to match tentpole films with a big marketing spend.

But in an era of social media and streaming, as studios are making plans to release films on home formats 17-45 days after theatrical release instead of 90 days, that mindset is changing. The lingering uncertainty over COVID-19 is making an initial 5o-100 screen release in top 10 markets a more attractive option, at least as the box office recovers over the course of this year.

“We still don’t know if next awards season COVID’s still going to be around and if there’s still going to be audience capacity limits in the major markets,” one distribution executive who asked to remain anonymous said. “Obviously, that’s something every distributor is thinking about whether you’re going wide or limited. But why would it make sense to start with a release at just the Landmark and the ArcLight Hollywood in L.A. and the IFC Center in New York if you can only sell out half the auditorium?”

Over the past decade, ArcLight and Landmark enjoyed at least 1-2 weeks of exclusivity on major awards contenders before they expanded to other arthouse chains like Laemmle and eventually to major chains like AMC and Regal. Sources say that even with California Gov. Gavin Newsom setting a goal to fully reopen the state by June 15, concerns over capacity limits nationwide are pushing distributors towards a potential release strategy for many films that couldn’t guarantee ArcLight the seven to 14 days of theatrical exclusivity it enjoyed in L.A. before those films expanded to other indie chains like Laemmle and eventually to national chains like AMC.

There may also be a challenge in luring the older-skewing art-house moviegoers back into theaters. “We know that there’s going to be interest in seeing the biggest films, but how quickly are the older audiences that these prestige films rely on going to come back?” Bock noted. “There’s still so much instability surrounding the indies, and that’s really bad news for hundreds of art-house theaters that rely on those films.”

Ultimately, the Cinerama Dome’s status as a beloved cinephile gathering spot should allow it to reopen in some capacity. The outpouring of dismay from directors like Jon M. Chu and Lulu Wang along with hashtags like #SaveTheArcLight show how popular the Dome has become within the film industry since ArcLight restored it to its 1960s heyday back in 2002.

The bigger question mark may be what happens to the roughly 300 screens in the ArcLight Cinemas/Pacific Theaters chain — especially since rival theater companies have been battered financially due to the long COVID shutdowns. Last month, Texas-based Alamo Drafthouse filed for bankruptcy and closed down a handful of its 40-plus locations; it hopes to reopen the majority of its theaters, including one in downtown Los Angeles, through a new equity investment made as part of the Chapter 11 filing.

Another possibility is that a streamer might swoop in to acquire at least the Cinerama Dome in in much the same way Netflix bought a stake in the nearby Egyptian Theater,and New York City’s Paris Theatre. Since the city declared the dome a Historic-Cultural Monument in 1998, it’s unlikely to be torn down for a high-rise condo.

But as Hollywood tries to grapple with a new normal and figure out how to release films that aren’t major blockbusters in a post-COVID world, the Cinerama Dome may become the first wave in a growing cinematic casualty list.

Hollywood Desperate for 'Someone' to Save Arclight Theatre: 'Netflix You Know What to Do'

There is a major demand to find a..

Pacific Theatres at the Grove and Americana Will ‘No Doubt’ Reopen, Mall Owner Rick Caruso Says

California's ArcLight and Pacific Theaters to close for good

Hollywood’s theatrical business may be slowly rebounding but for some exhibitors the last year has been catastrophic. Pacific..