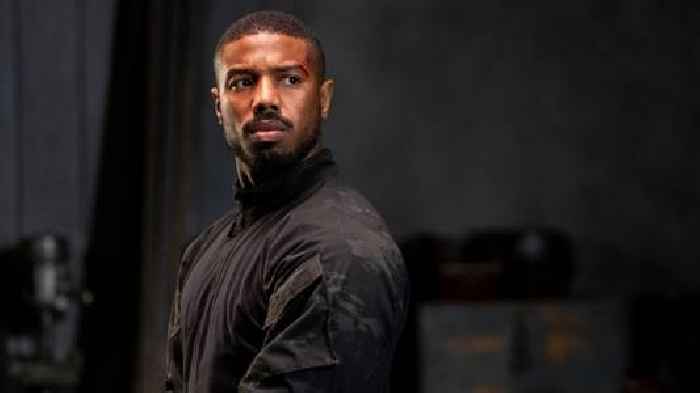 We’ve had a number of Tom Clancy film adaptations over the past several decades — not to mention the “Jack Ryan” show on Amazon — but aside from a couple TV movies Jack Ryan was the main character in all of them. “Without Remorse” is the first time a major Tom Clancy screen project has left Ryan out of the mix completely, as it tells the origin story of John Clark, the protagonist of several novels and a supporting character in two previous movies.

Of course, in “Without Remorse” Michael B Jordan’s version of John Clark isn’t John Clark just yet. Here he’s John Kelly, and he’s caught up in a major government conspiracy that leaves his wife and unborn child dead, and Kelly himself very badly injured. Kelly, seething with rage at what happened to his family, is hellbent on revenge — and if he can solve this mystery along the way all the better.

Once all is said and done, Kelly finally gets the name he’s best known by. And in a bonus mid-credits scene, the newly christened John Clark reveals his plans for the organization he’s best known for being a part of: Rainbow.

The mid-credits scene features Clark and new CIA director Robert Ritter (Jamie Bell) having a chat in front of the Washington Monument. Ritter says he’s surprised that Clark would come back to D.C. after everything that’s happened, but Clark has a good reason for returning.

“I’ve been thinking about what happened. About how it could happen again. So I put together some thoughts,” Clark said, before taking a sentence straight from the text. “A multi-national counter-terrorist team, made up of US, UK, hand-selected NATO personnel, with the full support of their national intelligence services.”

“I will. I want to present it to the president,” Clark replied. “Calling it Rainbow.”

Then he said he picked that name because it’s “personal.” We’ll come back to that in a second.

This is a pretty clear tease for the planned “Rainbow Six” movie that’s in the pipeline. For those not familiar, Rainbow is the most secret of top secret black ops organizations in Clancy’s universe, and Rainbow Six refers to the director — obviously that’s Clark.

As for the name being personal, I’m not really sure what he meant by that. In the books, the name symbolizes the fact that it’s a multi-national group, and thus doesn’t really “belong” to the U.S. in the normal sense — a point that is no doubt important to Clark after some key folks in the government killed his family and some of his friends.

More literally, the name referred to old color-coded war scenario plans the U.S. government had in the early 20th Century — there were five of these plans that were put together for five hypothetical major war situations America might get into in the future. So Rainbow the organization is about having a new plan for a new kind of war.

That’s the Tom Clancy explanation anyway. The “Without Remorse” movie explanation might be different, or maybe Clark’s personal reasons for picking that name are the same.

In any case, a “Rainbow Six” movie is certainly in the works, though we shouldn’t get ahead of ourselves in hoping for a Clancyverse just yet with John Krasinski’s Jack Ryan and Michael B Jordan’s John Clark teaming up. “Without Remorse” was supposed to be a theatrical release from Paramount, and ended up at Amazon because of the pandemic. So it certainly wasn’t conceived as a shared universe movie, and the “Rainbow Six” film could very well end up as a standard theatrical release as a straight sequel.

But it does have a firm connection to “Jack Ryan” — Jodie Turner-Smith’s character is Karen Greer, an original character who’s the niece of Tom Clancy staple Jim Greer. And Jim Greer is one of the main characters on the “Jack Ryan” show — played there by Wendell Pierce.

So it does feel like a Clancyverse is possible, but for now we don’t know about all that. We just know that we have plenty of reason to expect the further adventures of Michael B Jordan’s John Clark, and that theoretically all options still remain on the table.

‘Without Remorse': Critics Love Michael B Jordan, But Not ‘Grim,’ ‘Conventional’ Thriller