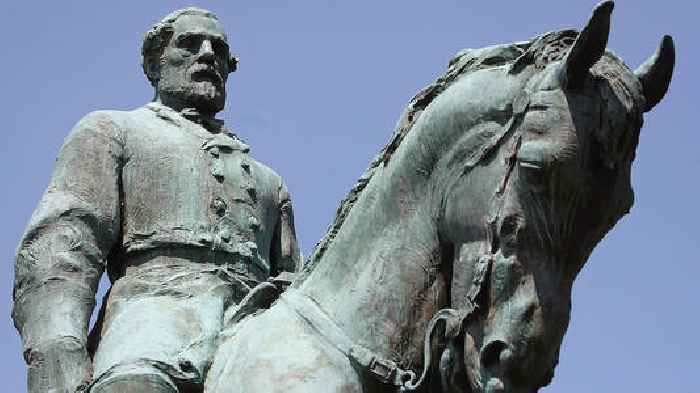 An Arizona state senator was slammed for saying she likes Robert E. Lee and Stonewall Jackson but she doesn't like "traitors who hate America," two Confederate Generals who quite literally led an army against American troops in the Civil War.

Wendy Rogers, an Arizona conservative who became a member of the state's 6th district this year, waded into the culture wars over Cleveland's MLB team and the Washington Football Team changing their names, defending the teams' former old racist names of "Indians" and "Redskins," suggesting that they were unfairly canceled just like Lee, Jackson or even Aunt Jemima.

So who's going to tell her she doesn't exactly have her history right? A whole lot of people on social media, that's who.

"Robert E. Lee and Stonewall Jackson were literally traitors who hated America," the Palmer Report tweeted in response, among others ratio-ing the senator.

"She likes racial stereotyping and racist traitors who fought the U.S. Is anyone surprised," California congressman Eric Swalwell said in a tweet.

Rogers' tweet comes after Donald Trump called Cleveland changing its name to the Cleveland Guardians a "disgrace" and that he was now a "FORMER" baseball fan.

Rogers also, as recently as last month, called for the 2020 Presidential Election to be re-run in Arizona, citing the recent Arizona audits that have been called into question, as well as other conspiracy theories she's shared online.

Two statues of Robert E. Lee and Thomas "Stonewall" Jackson were taken down in Charlottesville, Virginia, on July 10 after having been erected in the 1920s.

See some more of the online reaction to Rogers' take below:

She likes racial stereotyping and racist traitors who fought the U.S. Is anyone surprised? https://t.co/1rnEgIs7nA

You might be the dumbest person on Earth for this, and I’m saying this knowing how dumb Louie Gohmert is.

Translation: I like it when all those damn minorities were being stepped on at the bottom of the social heap. That's the American culture we need to bring back.

Me: I like members of Congress who are not raging bigots.

This gif was made for this. pic.twitter.com/HfLuOIyDxM