Trump Spanked for Absence From 9/11 Memorial Services: ‘Ceremony Isn’t About Him, So Why Bother’ 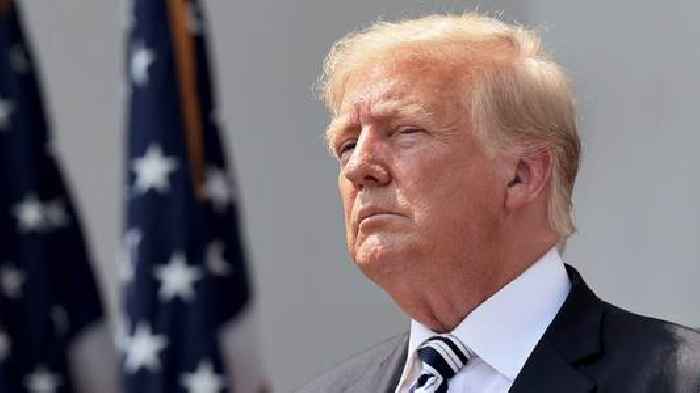 Trump Spanked for Absence From 9/11 Memorial Services: ‘Ceremony Isn’t About Him, So Why Bother’

President Joe Biden and former presidents Barack Obama and Bill Clinton attended the main ceremony in Lower Manhattan where the World Trade Center’s Twin Towers once stood, while former president George W. Bush spoke at a memorial close to Shanksville, Pennsylvania, where Biden later laid a wreath before visiting the Pentagon, where 44 people died. Lee Cochran, a spokeswoman for the 9/11 Memorial & Museum, confirmed that Trump’s people were given the same details about the ceremony but chose not to attend.

“He had the option to attend but decided to honor the day with different stops,” Trump’s spokeswoman, Liz Harrington, said.

Rather than attend the somber name-reading ceremony of those who perished, Trump posted a video and issued an aggressive statement. “For the great people of our country this is a very sad day,” Trump said at the start of the video shared online. “September 11 represents great sorrow for our country.”

He then turned his attention to praising his lawyer Rudy Giuliani (who was the mayor of New York on the day of the 9/11 attacks) and criticizing President Biden’s troop pullout from Afghanistan.

“It is also a sad time for the way our war on those that did such harm to our country ended last week, the loss of 13 great warriors and the many more who were wounded, should never have happened,” Trump said in the video. “It was caused by bad planning, incredible weakness and leaders who truly didn’t understand what was happening. This is the 20th year of this war, and should have been a year of victory and honor, and strength.”

Trump repeated his denigration of Biden when he spoke at the NYPD’s 17th Precinct in East Midtown Saturday. The former president told the officers he was surprised the Afghanistan pullout hadn’t come up in other 9/11 memorial speeches.

People on Twitter were about as divided about Trump being MIA from the main festivities as you might expect, with most Trump critics making fun of his plans later today on this day of national mourning – he’s providing commentary for a pay-per-view boxing match in Hollywood, Florida.

While another wrote: “Trump visits a police department to air grievances. Can he just be respectful for one freaking day?”

Yet another pointed out that Trump once called New York City his home. “He literally has an apartment here.”

Check out just a handful of the critics below:

Trump too busy getting ready for a boxing match to actually show up. Hope they boo him tonight.

Reasons that Trump isn't at a 9/11 memorial:
1. He would have to wear a mask.
2. He'd have to stand in solidarity with people that he's outright attacked with multiple lies.
3. He'd have to be silent and respectful to the dead
4. The ceremony isn't about him, so why bother.

Trump visits a police department to air grievances. Can he just be respectful for one freaking day?

He literally has an apartment here https://t.co/150vo66VjC

Where he has always been in the moments adult leadership has been needed: nonexistent. https://t.co/tymVhqXG6X

On the flip side, Trump did receive praise for visiting the police precinct, where he took photos and shook hands with his supporters.

Where’s Trump was trending today on earlier. Here he is today on the 20th anniversary of 9/11, honoring the Men who Ran up the Steps!!! The NYPD! SO MANY WILL NEVER FORGET YOUR BRAVERY! pic.twitter.com/2PToQqfbxp

Where’s Trump? Oh that’s right at ground zero in NYC thanking those who put their lives on the line everyday. https://t.co/PkO0JUtyHa

Chris Christie Called Out Over His Part in Putting Trump in Power: ‘You Have to Own Up’

Chris Christie locked horns with Roland Martin on ABC’s “This Week” Sunday, when the former New Jersey governor was called..