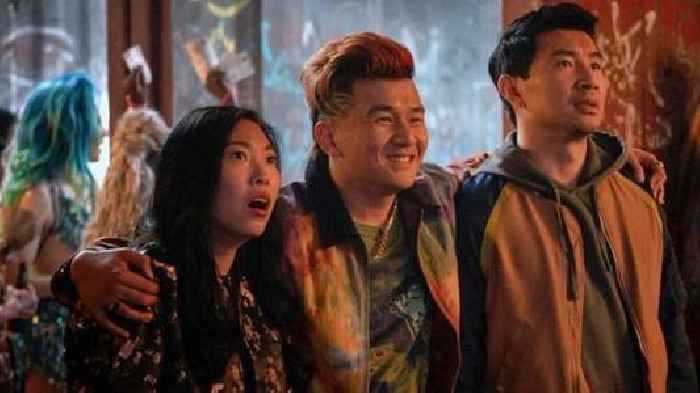 This weekend is shaping up to be a good one for theaters, as “Shang-Chi and the Legend of the Ten Rings” is putting up a stronger second weekend than “Black Widow,” which had been released day-and-date on Disney+ two months ago.

After grossing $9.7 million on its second Friday, “Shang-Chi” is now estimated for a second weekend total of $32 million, higher than the $25 million grossed by “Black Widow” in its second weekend. This also means that “Shang-Chi” has a stronger box office pace with an estimated $141 million 10-day total, compared to $131 million for “Black Widow.”

When “Black Widow” took a sharper-than-expected second-weekend drop at theaters, the National Association of Theater Owners blamed the film’s availability as a paid streaming title on Disney+ as the reason for that hit. Theater owners have been hoping that the strong Labor Day opening of “Shang-Chi” would convince Disney to phase out the day-and-date model. They got their wish on Friday when Disney announced that all of its remaining 2021 releases would have a 45-day theatrical exclusive window with the exception of the animated film “Encanto,” which would have a 30-day window.

Outside of “Shang-Chi,” films in the Top 5 remain very low this weekend. In a tie for second is Warner Bros./New Line’s “Malignant” and 20th Century Studios’ “Free Guy” with approximately $5.2 million grossed each. “Malignant” is the latest horror film from James Wan and was released this weekend on 3,485 screens. While critics were positive with a 75% Rotten Tomatoes score, audiences were decidedly lukewarm with a 49% RT audience score and a C on CinemaScore.

“Free Guy,” meanwhile, will become the seventh film of 2021 and the fourth distributed by Disney to cross the $100 million domestic mark after five weekends in theaters, holding an estimated domestic total of $101 million. It’s also a victory for original filmmaking as the Shawn Levy/Ryan Reynolds action-comedy is the first film not based on previously existing IP to hit that $100 million mark, legging out from a $28.3 million opening.

With 'Free Guy' and 'Jungle Cruise,' Disney Is Winning Both Sides of the Debate Over Hybrid Film Releases

The 2021 summer box office was unlike any ever seen, defined more by a still-raging pandemic than by the blockbusters that graced..

While holiday weekends from Martin Luther King Day in January to Thanksgiving in November have launched countless box office hits,..