Is There a New Episode of Bill Maher’s ‘Real Time’ Airing This Week? 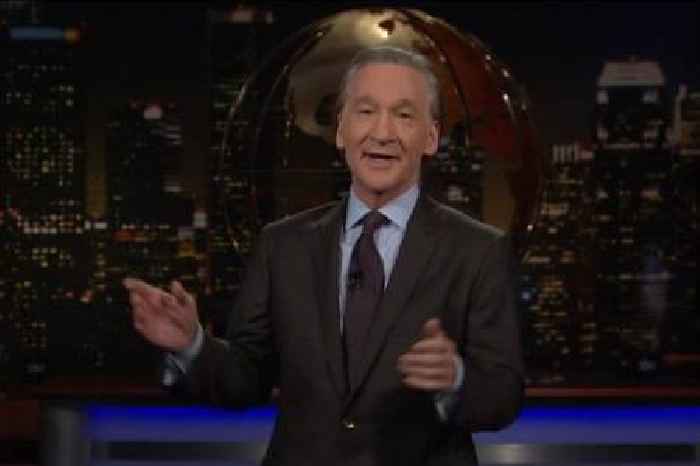 Is There a New Episode of Bill Maher’s ‘Real Time’ Airing This Week?

After spending much of 2020 taping his weekly HBO show from his home due to the coronavirus, Bill Maher returned to his L.A.-based studio last September — though with a limited studio audience and live guests who were kept at least six feet apart from one another.

That same set-up continues for the 19th season of “Real Time,” which returned in mid-January and saw Maher hilariously booting Donald Trump from the White House. In a recent episode, the comedian even introduced viewers to a new segment that gives an inside look into the Republican party’s newly elected senators (more on that below).

*There is a new episode of “Real Time” this week on July 30. *Maher is back in his usual time slot at 10 p.m. Friday after taking his typical month-long hiatus in July.

Earlier this year, the host had taken an unexpected two-week absence because he tested positive for COVID-19.

In one of his first “New Rules” segments of 2021 on Jan. 21, Maher introduced a new class of Republican senators after sending off Trump, former VP Mike Pence and other members of Trump’s cabinet who left to make way for the Biden administration.

And just in case you thought Maher has softened his opinion of Republicans now that Trump has left the White House, the segment was pointedly called “Hello, Douchebags.”

“Republican restock douchebags with the efficiency of an Amazon warehouse,” Maher joked as he started the bit. “They churn out new crazy like the Hallmark Channel makes Christmas movies. So I thought it might be prudent moving forward if we took a moment at the beginning of the year to get to know the up-and-comers — the douchebags to keep an eye on. The new, fresh-faced, hate-for-profit, truth-bending opportunists that you’ll be cursing out for years to come.”

In that spirit, Maher noted that Missouri Sen. Josh Hawley, who expressed support for the seditious Capitol riot Trump instigated on Jan. 6, is “the far-right JFK with a little dash of KKK.” Maher also joked, “Washington insider says he’s among 2021’s most punchable faces.”

Other targets on Maher’s list included Rep. Madison Cawthorn, Sen. Tommy Tuberville and Rep. Lauren Boebert. He also ripped into Sen. Marjorie Taylor Green, calling her “the congresswoman who makes most people say, ‘How is she not a teacher from Florida who f—s her students?’ I don’t know, but holy s–t, is this lady crazy? She does not listen to lobbyists and special interests. No, she listens to microwaves.”

Maher continued to book high-profile political guests in 2020, and recent episodes of “Real Time” have featured Al Franken, Adam Schiff, Bernie Sanders, Al Gore and Bill de Blasio. As is customary for Maher on “Real Time,” he doesn’t pull any punches when it comes to commentating on and satirizing policy decisions — in his last show of 2020, Maher ripped into both President Trump and Rudy Giuliani and their bungled attempts to convince the public that the 2020 election was somehow falsified or inaccurate.

Maher joked that when a judge says “order in the court,” Giuliani typically responds with, “a Tanqueray and tonic!”

Bill Maher: Josh Hawley Is 'a Far-Right JFK With a Little Dash of KKK' (Video)

Bill Maher: If You Can't Call Trump a Fascist, 'I Don't Know What Fascism Is' (Video)

Lucy Liu finally spilled the tea on longtime reports of friction with Bill Murray on the set of 2000’s “Charlie’s..

No, That Wasn’t Kang the Conqueror in the ‘Loki’ Finale

Who, exactly, is going to die on 'The White Lotus?'